Should Seniors in Love Tie the Knot? 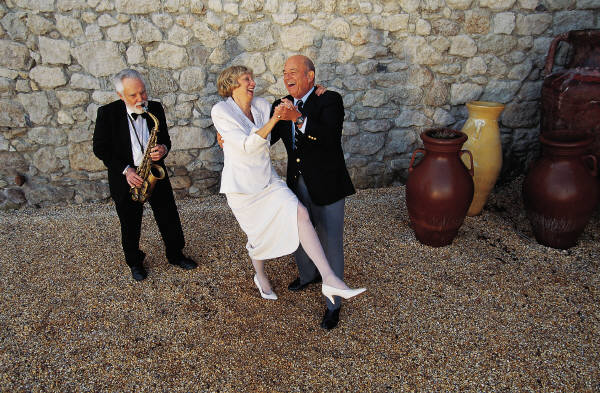 There are many financial pros and cons to getting married, but for people who are nearing retirement who’ve been dating for a long time, there are some federal laws that provide some strong financial reasons to give this serious consideration.

Kiplinger’s recent article entitled “Financially, Marriage Makes a Lot of Sense for Retirees” explains that if you’re married, you can roll your deceased spouse’s IRA over to your own IRA and wait to take required taxable distributions (RMDs) until you’re 72.

If you’re not married and you’re the beneficiary, your best plan will be to transfer your deceased partner’s IRA to the less tax favorable inherited IRA. However, with the new Secure Act, it will probably result in more taxes. So, for example, if you’re not more than 10 years younger than the deceased partner, rather than being able to delay taxable distributions until you’re 72, you’d have to start taking them every year starting in the year after the deceased partner passes away.

However, if you’re more than 10 years younger than the deceased partner, then the tax consequences will likely be even worse, because you’ll need to remove all the money from the IRA by the end of the 10th year starting in the year after the deceased partner passes away. That means bigger average taxable distributions, than if taken over your life expectancy.

If you’re married, federal law requires that your spouse’s monthly pension benefit must be created with a survivorship benefit, which is usually 50% or more of the deceased spouse’s benefit, to be paid to the surviving spouse for the rest of their life beginning at a certain age. If you’re not married and your partner passes away, this survivor benefit isn’t available.

As far as Social Security Benefits, if you’re married, after your spouse starts taking their benefit, you can claim half of it at your full retirement age (rather than your own, if it’s more). You can also take a reduced amount based on half of the other spouse’s benefit as early as 62, if it’s more than your own reduced benefit amount at 62. If your spouse dies, you receive 100% of their Social Security benefit if it’s larger than your own, beginning at your full retirement age or a reduced amount as early as 60.

Obviously, if you’re not married, there’s no coordination of Social Security benefits between the couple. You can only take your own benefit starting as early as 62, even if it’s a lot smaller.

Next, we’ll look at IRA contributions. If you’re married and have no earned income, you’re still permitted to deposit $7,000 into an IRA, if you’re 50 years of age or older (and $6,000 if you are under 50) based on the earned income of the other spouse. If you’re not married and not working, you can’t contribute to an IRA, even if your partner has earned income.

A major reason for wealthy couples to marry is to get the advantages of portability, which could save on death taxes. Portability allows a wealthy married couple to combine their $11.58 million in federal death tax exclusions into one $23.16 million exclusion. This could mean millions of dollars in death tax savings.

Talk to an experienced estate planning attorney before you make any moves, like saying “I do.”